The American Peptide Society (APS), a nonprofit scientific and educational organization founded in 1990, provides a forum for advancing and promoting knowledge of the chemistry and biology of peptides.

The approximately one thousand members of the Society come from North America and from more than thirty other countries throughout the world. Establishment of the American Peptide Society was a result of the rapid worldwide growth that has occurred in peptide-related research, and of the increasing interaction of peptide scientists with virtually all fields of science. 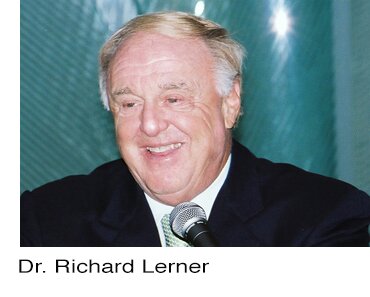 Dr. Richard A. Lerner's 40-year scientific career is significant not only for the broad scope of his scientific achievements, but for his leadership as President of The Scripps Research Institute, 1986-2012, the country’s largest private, non-profit biomedical research organization. The scientific accomplishments for which he is perhaps most well know are the groundbreaking work of converting antibodies into enzymes, permitting the catalysis of chemical reactions considered impossible to achieve by classical chemical procedures and his development of combinatorial antibody libraries, simultaneously with Greg Winter.

A member of the National Academy of Sciences and a foreign member of the Royal Swedish Academy of Sciences, Dr. Lerner graduated from Northwestern University and Stanford Medical School. He interned at Palo Alto Stanford Hospital and received postdoctoral training at Scripps Clinic and Research Foundation. Since 1970 he has held staff appointments at Wistar Institute in Philadelphia and at The Scripps Research Institute.